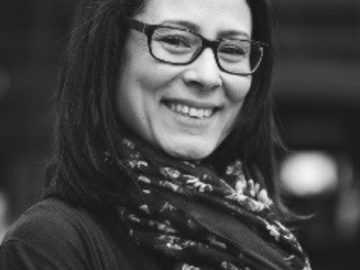 Dr Sahla Aroussi is an Associate Professor in Global Security Challenges at the School of Politics and International Studies at the University of Leeds. She has been previously employed at Coventry University, at the Centre of Trust Peace and Social Relations. She has a Ph.D. in Politics (2011) and an LLM in Transitional Justice (2007) from the University of Ulster and an MA Human Rights and Democratisation (2004) from the University of Malta/ Utrecht University. Sahla was previously a Postdoctoral researcher in the University of Antwerp’s Faculty of law and a member of the Law and Development research group. She also worked as an intern at the Northern Ireland Commission for Human Rights and the European Parliament. Sahla’s regional expertise is focused on Sub-Saharan Africa and the MENA region.

Dr Sahla Aroussi is a feminist scholar. Her research interests are broadly situated in the field of gender and armed conflicts and particularly: the UN’s agenda on Women, Peace and Security; gender in peace settlements; sexual violence in armed conflict; gender and violent extremism; and gender inequality and exclusion. Sahla has received various awards and scholarships including a British Academy Tackling UK International Challenges Award, a GCRF Global Network Grant, NATO Science for Peace and Security Advanced Research Workshop grant (2015) and The British Academy/ Leverhulme Grant (2015). Sahla’s key research outputs include peer reviewed academic publications in international journals such as the International Journal of Transitional Justice, Gender & Politics; and the International Journal of Feminist Politics, edited collections, research consultancy work, and a book on assessing the implementation of the UN Security Council resolutions on women, peace and security in peace processes around the world.